Five-spice powder is a fantastic addition to savory meat dishes, and as a marinade or dry-rub for beef, duck, and pork, chicken, or seafood. We’ll also add a pinch to vegetable stir fries, rice dishes, stews, and even some baked goods for the unique and warming flavors. Sprinkle Five Spice Seasoning on chow mein noodles just before serving.

Five Spice has a traditional use as an antiseptic and used for indigestion.[1] In a scientific study, results showed that clove was the major contributor to the high antioxidant capacities.[2] Fennel and star anise have lower antioxidant values compared to the clove, but lend to the licorice flavor of the powder.[3]

*These statements have not been evaluated by the Food and Drug Administration.  This product is not intended to diagnose, treat, cure, or prevent any disease.

There are no reviews yet.

Be the first to review “Chinese Five-Spice Powder Seasoning” 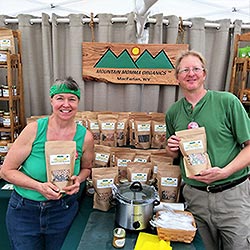 We’re now back to 3-5 business days for shipping. Exceptions are infused honeys which may take several weeks. Dismiss